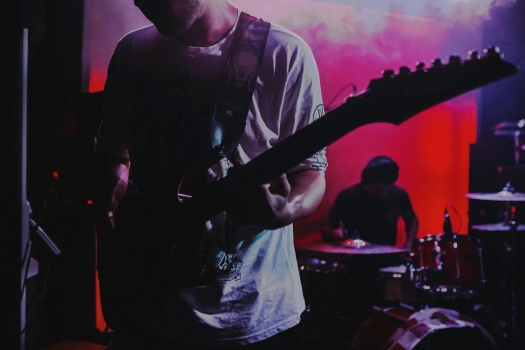 The Art of Fading

The Art of Fading was founded as a Deathcore band in 2013. From the beginning, the band wanted to establish a fierce and raw sound which is merged into a memorable live performance. After 6 months of intense songwriting and rehearsing, The Art of Fading had their live debut in March 2014. Soon, the band found their way into the Metal- and Hardcore scene of Vienna and played shows in clubs like Szene Wien, DasBach and Viper Room Vienna.
In September 2014, the debut EP “Principles”was self-released by the band, leading to support shows for international artists such as Make Them Suffer, Martyr Defiled and Evergreen Terrace.
The Art of Fading took part in the “Together we rise” tour through South-Eastern Europe in July 2015, co-headlining with Night Falls Last from Styria, which helped The Art of Fading to grow their fanbase in and around Austria. In February 2016 “Fall Never Came In Bleaker Colours” was released, which resembles a milestone for the artistic direction the band was about to go. Following the release, the band toured several cities in Austria and Switzerland as part of the “Spring Break Down” shows which were organized by the band in collaboration with Fistcrew Bookings. After a show at the Donauinselfest, one of Europe’s biggest open air music festivals, in 2016, the band went on a hiatus to work on their skills as musicians and to improve the overall concept of The Art of Fading as a project.
The comeback happened in October 2017 with Georg Weinberger as new frontman. Today, The Art of Fading is a Metalcore band, that elaborates elements of different genres in order to create their heavy signature sound.